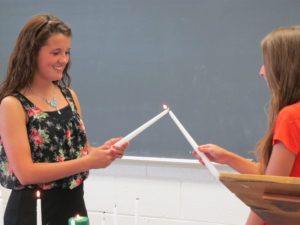 The leadership organization we now call the Virginia Student Councils Association began in 1905 in Albemarle County at Alberene High School, under the direction of Thomas Slater Settle, principal. The organization was called the Junior Community League.

The Cooperative Education Association (CEA) was interested in the organization of students in the public schools because they believed it could provide training in leadership and give young people the chance to take part in the affairs of the school and community. They showed their interest by paying the salary of a person to travel throughout Virginia to help the schools organize Junior Community Leagues and promote the objectives of the CEA. They made the students' organization an important part of their program.

In 1933, the Community Leagues merged with the Parent-Teacher Association and became the Virginia Congress of Parents and Teachers. In 1937, the name of the Junior League was changed to the Student Cooperative Association. These changes did not affect their scope of work, which continued to expand through the years. Virginia was the only state in the nation in which the Congress of Parents and Teachers extensively contributed to a leadership program for all boys and girls in public schools.

In 1955, the director of student activities of the National Association of Secondary School Principals,  Gerald Van Pool, announced that Virginia's State Association of Student Councils was the oldest organization of its kind in the country. 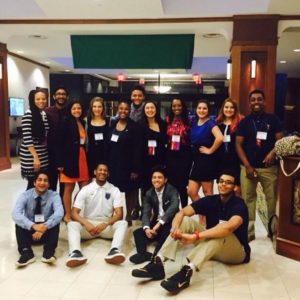 In 1994, VSCA came under the auspices of the Virginia Association of Secondary School Principals (VASSP) through its Department of Student Leadership Services (DSL). Under the direction of the DSL, the VSCA changed its name to the Virginia Student Councils Association (emphasis on the "s" in Councils) to show its vigorous intent to be inclusive of the student leadership in all member schools. The new VSCA is governed by an Advisory Board of elected student council leaders and advisors and the VASSP Board of Directors. VSCA is committed to advancement of leadership training for students and advisors throughout Virginia.

In 2005, VSCA was congratulated by the Virginia General Assembly in a Joint Resolution for 100 years of service in providing leadership education to Virginia’s youth.

The VSCA is committed to the advancement of leadership training for students and advisors throughout Virginia and is the state's premier leadership learning association, as well as the first K-12 state student councils association in the country.